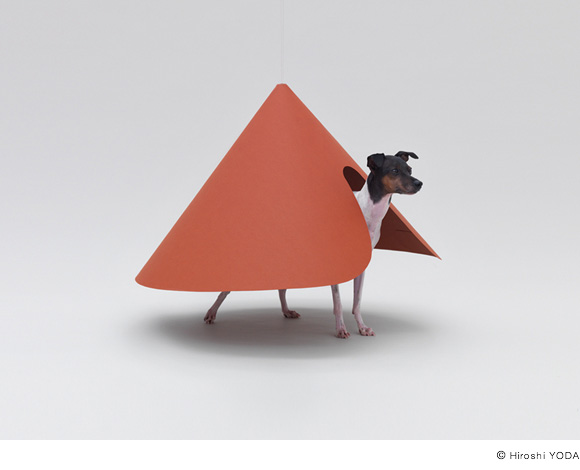 Pointed: pointy; T: Terrier/Territory
Take one large sheet of heavy paper. Cut a part off and fold it. Hang it from the ceiling and you have a territory for your dog in the room. You don’t need nails or any construction tools; with just stationery anyone can make this house. A house without walls, whose roof just floats, is completely different from traditional doghouses, creating an ambiguous space for the dog. When a Japanese terrier is in the house, his head is completely hidden, but you can see his skinny legs through the gaps, prancing along, and it looks exactly like he’s wearing a big pointy hat. For the dog, it’s a house, but for humans, it’s a unique dog object.
ARCHITECT :

The Hara Design Institute, founded in 1991, is a design section within the Nippon Design Center that is supervised by Kenya Hara. Its specialty is communication design. It is involved in multiple projects that delve into the actual issues of the day from the standpoint of design. With projects like RE-DESIGN-Daily Products of the 21st Century (2000) and HAPTIC-Awakening the Senses (2004), we offered a new point of view for design, in which the everyday or people’s physical sensations was the starting point for reexamining the world. The exhibition TOKYO FIBER ’09-SENSEWARE was an experiment in clearly presenting the possibilities for Japan’s cutting edge materials. Currently, we’re working on an exhibition slated to open in March of 2013, HOUSE VISION, in which we attempt to delineate the next expression of Japan’s creativity by regarding the house as a junction of future industry. 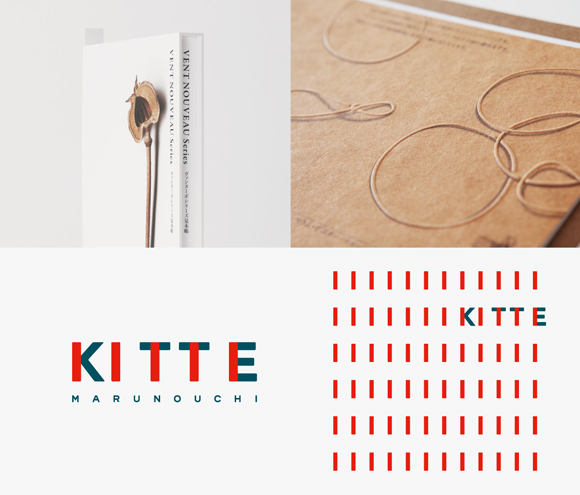