The Jack Russell Terrier, originally a hunting dog, has been bred as a pet for a gentle disposition. Observing the favorite place of this dog, whose qualities make him a good partner for people, we found that he’s happiest on his master’s clothes. The smell and the feeling of the fabric set the dog at ease. So we devised a piece of furniture for the dog to inhabit that would incorporate the master’s clothes. A wooden frame on which the owners’ old clothes are stretched, making use of the elasticity of the fabric, becomes a hammock of sorts, enveloping the dog’s body. For summer, a material that lets the air through; in winter something thicker; the clothing can be changed with the seasons. We came up with two building methods and frame materials, plywood or decking, the choice of which can be determined by the user’s DIY skills. With either frame, the owner, sitting on his sofa, can reach out and touch the dog, bringing the two closer together. The “Wan-mock”*, architecture for dogs that anyone can make, creates a feel-good relationship between humans and dogs.
(In Japanese, a dog says, “wan”. The name “Wan-mock” combines the woof and the piece’s signature “hammock” style)
ARCHITECT :

Founded in 2004 by Koichi Suzuno and Shinya Kamuro, TORAFU ARCHITECTS employs a working approach based on architectural thinking. Works by the duo include a diverse range of products, from architectural design to interior design for shops, exhibition space design, product design, spatial installations and film making. Published in 2011were the 'airvase book' and 'TORAFU ARCHITECTS 2004-2011 Idea + Process' (by BIJUTSU SHUPPAN-SHA CO., LTD.) and in 2012, a picture book titled ‘TORAFU's Small City Planning' (by Heibonsha Limited). 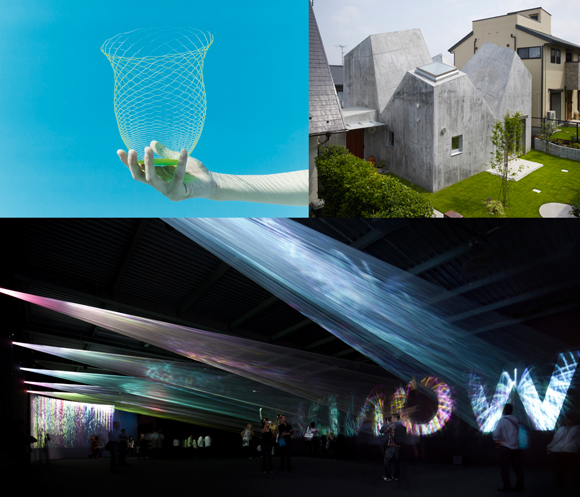