by KENYA HARA for TEACUP POODLE 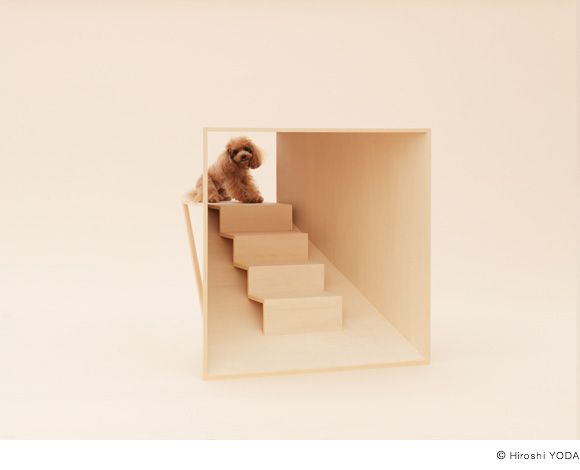 When the dog runs up the stairs, he ends up at just the right height to be face-to-face with a person. I thought up a device/installation that equalizes human scale and dog scale, or in other words, a scale modifier. As an exhibition planner, I may be in my infancy, but I felt it necessary to take the initiative in representing the viewpoint of this project. With this product, my focus was a scale that achieves equilibrium. People have designed their environments to their own scale. For instance, each step of a stairway is 15cm high, around the world. This came to be naturally because of the height of humans and the length of their feet. The same goes for the heights of chairs and tables, the existence and size of doors, in fact, the size of houses and cities are predicated on the human body. Accordingly, dogs, who spend their lives at the side of humans, must accept human scale. This architecture is an apparatus for the purpose of naturally bringing dogs and humans eye to eye. As for those super-small dogs, who spend all their time looking up, definitely let them try it out!
ARCHITECT :

Designer Kenya Hara emphasizes the design of both objects and experiences. He has planned and produced various international touring exhibitions: RE-DESIGN, HAPTIC, and Japan Car. Hara’s exhibition of artificial, high-technology fibers, called SENSEWARE, was displayed at the Milan Triennale 2009 and resulted in a great deal of public interest. Much of his work, including the programs for the opening and closing ceremonies of the Nagano Winter Olympic Games and Expo 2005, is deeply rooted in Japanese culture. The radius of his activity has been expanding to the rest of Asia as well, including the traveling exhibition DESIGNING DESIGN Kenya Hara 2011 China Exhibition that began in Beijing in 2011. Several of his books, including Designing Design and White, have been translated into a number of languages. Hara’s titles follow: Representative, Nippon Design Center Inc.; Professor, Musashino Art University; President, Japan Design Committee Co., Ltd.; Vice President, Japan Graphic Designers Association Inc. 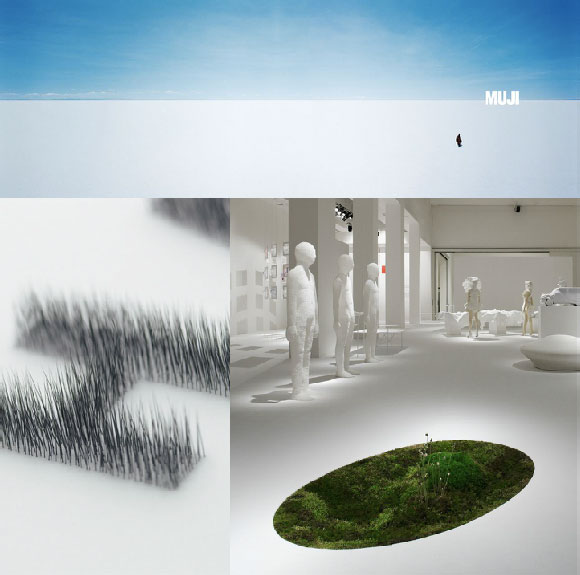